It's been a long time without updates, but I finally completed the last of the Foundry peons to populate the pueblo. Not the most exciting figures in the project, but when it comes down to it, a Zorro game will always need loads of these as the rest of the action boils down to Zorro on one side and a handful of villains on the other (more if they are especially incompetent).

Looks like I was a little rusty. Luckily, I documented all the colours used (and mixed) to represent the different textures, so I had something to fall back on. The dark grey seems to have gone a little glossy over time, might have to consider getting a matt varnish for the lot of them. 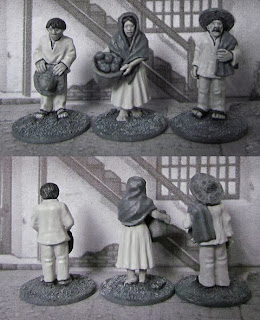 A little group of just the peons (not including the slightly higher class civilians). 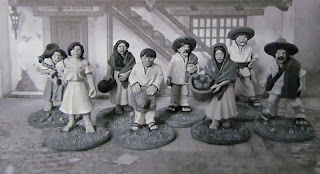 And a groupshot of everything, it became clear my display background isn't big enough anymore... 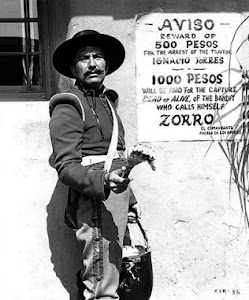 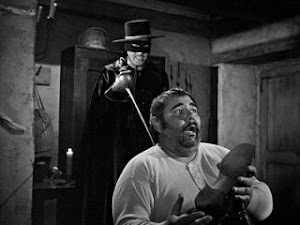 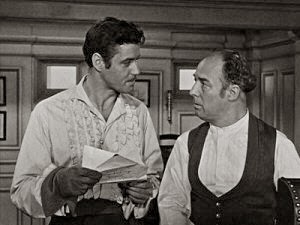